The information about the Frosty Keypad acn be found by talking to Tangle Coalbox. This is summarized as:

I've got a few clues for you.

So looking at the picture of the keypad we can see that 1, 3 and 7 are the most smudged from use. This implies 3 number, but one is repeated once, so the code is 4 digits long and a prime number. 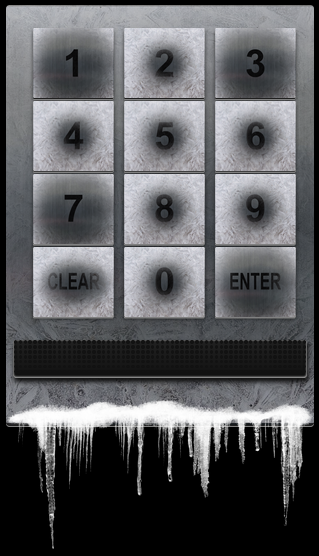 I found a list of prime numbers up to 10,000 and put them into a small perl program: